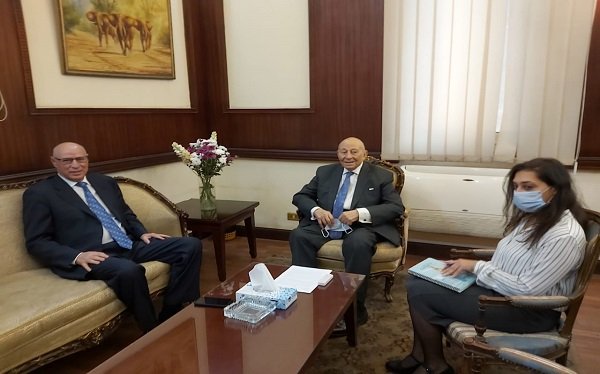 This morning, Mohamed Fayek, President of the National Council for Human Rights (NCHR) has received Ahmed Rachid Khattabi, Arab League Assistant Secretary-General and Head of the Arab League Mission, at the NCHR’s headquarters, to follow Egypt’s 2020 parliamentary elections. The NCHR’s president have stressed the importance of the role played by the Arab League and its missions in following all the elections that take place in Egypt and all Arab countries. He also explained that the NCHR, since its inception in 2004, has been following all of the elections, as required by the constitution, as well as training civil societies’ representatives to follow the elections, in accordance with recognized standards and principles. Ambassador Khattabi has visited the central operations room, held for following the elections, and listened to the presentation on its role in following the elections as well as the role of the complaints office and the subsidiary rooms located in NCHR’s branches across different governorates. The presentation has been given by the members of the Secretariat and representatives of the council. Kharrabi hailed the efforts of the NCHR and its role in following any election taking place in Egypt. Also, he described it as a national institution that spreads and promotes the culture of human rights.