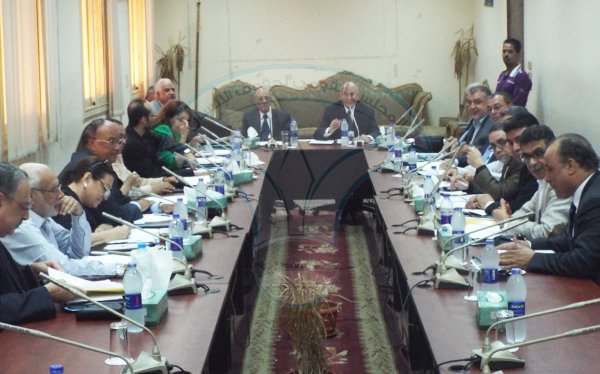 The National Council for Human Rights, presided by Mohamed Fayeq, has held its 84th monthly meeting in the attendance of Ambassador Mokhles Kotb, NCHR Secretary General and NCHR’s members.

The meeting discussed a number of files and reports related to the NCHR’s action strategy and its executive plan that promote and protect human rights, strengthen human rights values, raise awareness of human rights and helping to guarantee their observance.

The council was informed about its activities and events that will take place in November and October,2020. It also ran a roundtable discussion on October 17, about the philosophy of tax policy and social justice.

While on October 21, it held a seminar on human rights and media practice, in the attendance of media experts and university professors. The seminar aims to come out with mechanisms and professional code of conduct to protect media information and media practitioners.

In the attendance of experts, The NCHR ran an international seminar on the principle of the right to life, which is one of the most sacred human rights, the right to water, housing and clean environment.

The NCHR concluded its events for the year on November 21, 2020, honoring Ramadan season’s drama works that featured human rights. The selection of the works was made by a committee, headed by Gamal Fahmy, member of the council, and Secretary of the Committee on Cultural Rights, along with director Inaam Mohamed Ali.

The NCHR has stressed the necessity to work on releasing detainees whose detention period has expired, so that extended pretrial detention won’t become as an additional form of punishment.

In this context, The NCHR has assigned the legislative committees to prepare an agenda on this issue, including all legal and constitutional aspects. This will be followed by a roundtable discussion to come out with recommendations that preserves justice, with the participation of a number of experts.