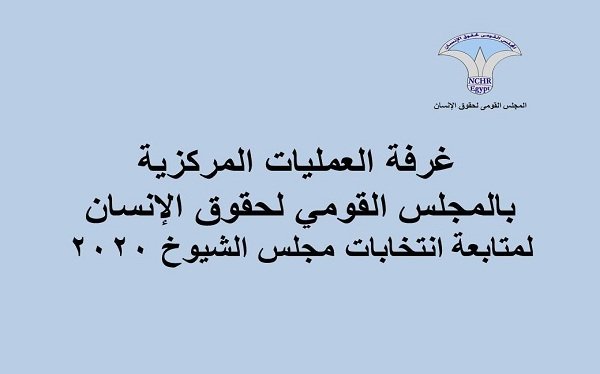 The Central Operations Chamber of the National Council for Human Rights and its branches across the governorates have concluded the follow-up to the second day of the run-off 2020 Senate elections (9/9/2020).

The field trips continued during the second day, where the most notable observations of the missions were as follows:

On the other hand, a lack of wheelchairs for persons with disabilities has been monitored in some committees of Juhayna in Suhag governorate. In addition, some committees are in the upper floors, which makes it difficult for the elderly and persons with special needs to vote. By the end of the voting process on the second day of the run-off, preliminary indications suggest an increase in the number of voters compared to the first day, especially in the constituencies that are the electoral domicile for the candidates competing during the run - off. The sub-chambers of the Council in the governorates, where the run-off is taking place, did not receive observations on the conduct of the electoral process. The Chamber of Operations of the National Council for Human Rights continues to follow the electoral process and to announce the results.