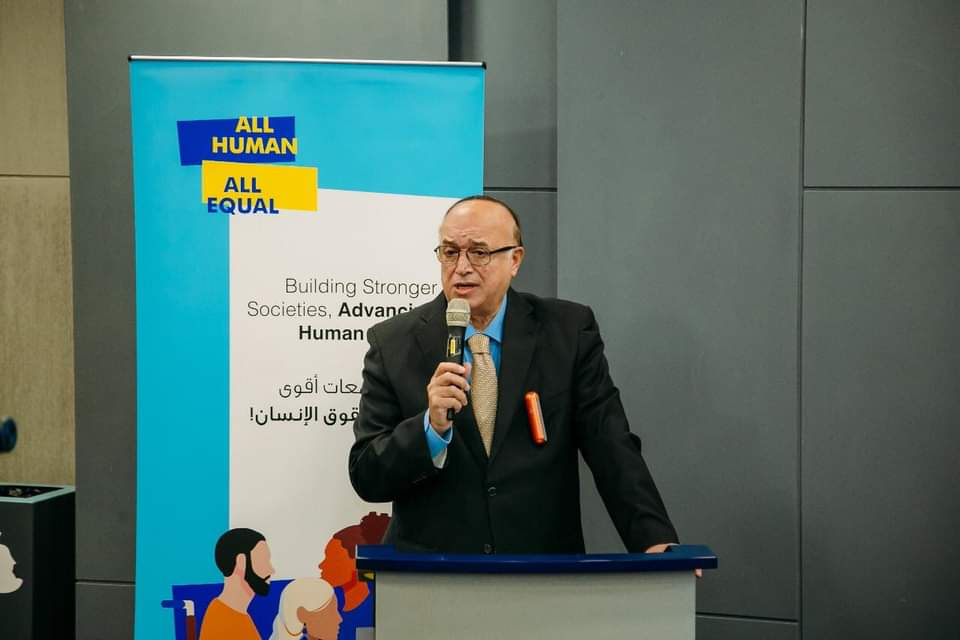 The National Council for Human Rights, in collaboration with the European Union (EU) and the German Development Agency (GIZ), organised an event aimed at presenting the outcomes of the “Strengthening Reform Initiatives in the Public Administration Project (SRIP)”, at the NCHR headquarters in New Cairo.

In his speech, Ambassador Dr. Mahmoud Karem highlighted that this event is held at the conclusion of the project to celebrate the fruitful outcomes of the five-year cooperation between NCHR, EU and GIZ.

“This is a cooperation that we are confident to continue on the same level of efficiency in the future”, he added.

Ambassador Karem highlighted that strengthening human rights always requires the unity of efforts and collective collaboration on national, regional and international fronts. He also pointed out that the sustainable development goals include a goal allocated to reinforcing international cooperation. He added that the National Human Rights Strategy affirmed the importance of public participation, with an emphasis on the role of youth in engaging in social action.

Furthermore, Ambassador Karem extended NCHR’s appreciation for the efforts of partners in the implementation of the project’s activities which led to significant outcomes in the field of awareness and boosting human rights protection.

For his part, Tobias Thiel, Cluster Coordinator Governance at GIZ, pointed out that the GIZ has partnered with the National Council for Human Rights since 2016 through the Strengthening Reform Initiatives in the Public Administration Project (SRIP). During the period of the project, the two organisations have collaborated to raise the awareness of over 243 government employees and 29,000 citizens, including children and youth, about human rights. He further noted that over 100 NCHR employees from Cairo and 9 governorates were trained on different human rights topics, including human rights children education.

The event included an exhibition for the project’s outcomes, most notably a various range of digital productions used to raise awareness about human rights, in addition to raising the capacities of different stakeholders.