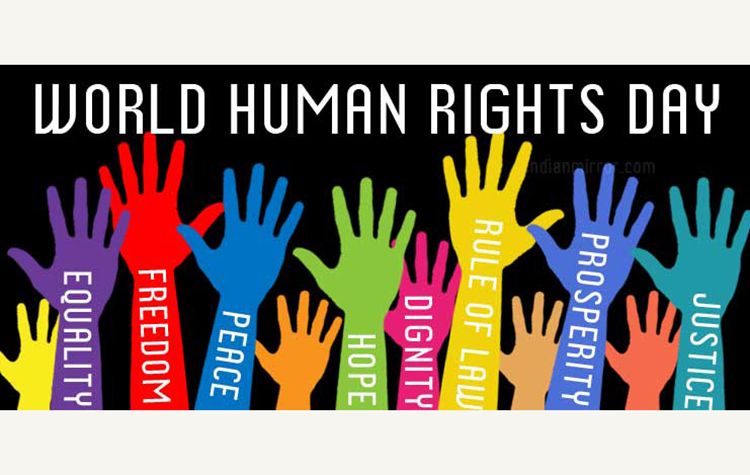 The world today celebrates the anniversary of the launch of the Universal Declaration for Human Rights, which is the declaration that Egypt contributed to its drafting process and was adopted by the United Nations General Assembly in Paris on December 10th, 1948, upon the Resolution no.217. The declaration is considered the common criteria that all states and populations should follow in the respect for human rights. Moreover, the Arab Republic of Egypt has also played a key role in the drafting process of the International Covenant on Civil and Political Rights, and the International Covenant on Economic, Social and Cultural Rights, as well as the following conventions which were aimed at ensuring the rights of various segments of people and protecting them from discrimination. Under the same framework, Egypt has always been at the centre of the international human rights movement, and has showed commitment to present relevant reports to UN Treaty Committees about the process of implementing the aforementioned conventions.

On the Universal Periodic Review (UPR) front, Egypt has showed keenness to present the relevant reports to the UN Human Rights Council in Geneva and to implement the recommendations it has approved. In 2000s, the country established the National Council for Human Rights (NCHR), which enjoys the full powers stipulated by Paris Principles in accordance with the UN General Assembly Resolution no.134 dated December 20th, 1993. Since its inception, the NCHR has acquired a certificate of accreditation of grade "A" at the General Assembly of the Global Alliance of National Human Rights Institutions, held in Geneva, which underscores the keenness of the state to enable the council to perform its role.

Today, Egypt is on the cusp of a new promising era which is expected to witness a paradigm shift in the respect of human rights for all Egyptian citizens and all people in its legal jurisdiction without discrimination.

On this occasion, the NCHR lauds the launch of the first National Human Rights Strategy on September 11th, 2021 by the Egyptian President Abdel Fattah el- Sisi, as well as his resolution to cancel the extension of the state of emergency in the country. These are steps underscoring the state of stability witnessed by Egypt, crowing the unprecedented achievements of the country in infrastructure, economic, financial and human development areas, which were the main areas of focus of the Egypt 2030 Vision and “Decent Life” initiative which is aimed at improving the quality of life for Egyptian citizens, most notably the most vulnerable segments of the population, in addition to achieving justice, social inclusion and boost citizens’ participation in political and social life.

Furthermore, the NCHR hails the great achievements realized by Egypt in women’s rights, lauding the support of the Egyptian President and his belief in women’s value and the importance of the efforts aimed at empowering them and protecting their rights. The NCHR also lauds the significant achievements accomplished in the field of empowering persons with disabilities.

With the launch of the National Human Rights Strategy, Egypt starts a new promising era of promotion, strengthening and protection of human rights, thanks to the wise leadership and enlightened vision of President Abdel Fattah el- Sisi, and his commitment to establish a society on grounds of equality, justice and equal opportunities among citizens. Under the same framework, the Egyptian President has vowed that the country shall exert all possible effort to strengthen the respect for human rights, protect human dignity and provide all necessary means and guarantees to enable Egyptian citizens to enjoy their civil, political, economic, social and cultural rights, in accordance with the constitutions and international conventions.

Since its inception in 2004, the National Council for Human Rights has performed a significant role, amid numerous challenges, in the field of receiving and addressing citizens’ complaints, promoting the culture of human rights, drafting reports, dispatching fact-finding missions, and performing prisons and places of detention visits. Moreover, the council has collaborated with official authorities and non-governmental organisations locally, regionally and international, and has presented numerous recommendations aimed at reinforce the respect for human rights, promoting its culture in line with regional and international human rights standards.

Subsequently, the NCHR calls upon state’s institutions to capitalize on the steps taken by the Egyptian President recently, most notably his statements during the launch of the national human rights strategy, which represent a new unprecedented opportunity to establish a new era on grounds of respect for human rights.